Earn from home by becoming an airtel superhero

Airtel had launched a program a few days back, and the program was named Airtel Superhero. Through this program Airtel is giving its users an opportunity to earn money. But most of the Airtel users are not aware of this program, due to which they are not able to take advantage of this program. 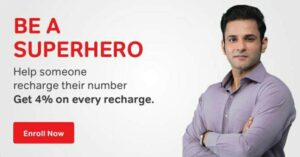 Earn this way by becoming an airtel superhero

Airtel Superhero gets commission on recharge

Superheroes get only on these recharges, commission

Although Airtel Superheroes can recharge any company like Jio, Vodafone Idea, BSNL, but they are given commission only after recharging Airtel. If Airtel Superhero recharges a company other than Airtel, then he is not given any commission in return.

This is how Airtel Superhero became to earn money by recharging

Join our Telegram Channel to get such useful information.