Amazon prime video: Who will appear in the web series ‘Tandav 2’ ? Casts to appear in Tandav 2

It is expected that all the characters from the first season will also appear in Tandav 2. 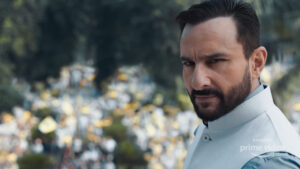 Though the official release date is not announced yet, it is expected to release within the year 2022. The first season has lots of thriller moments and violence. As for the next season, fans hoped that the new season will explore more violence and mysteries than the first season. The first season focussed on one Seat which holds lots of power and leads our nation and the person who bears the seat is the Prime Minister.

In this series, most of the characters desire a seat. The long-term Prime Minister doesn’t want to retire from the post. The son of Prime Minister Samar also Wants to become Prime Minister. Moreover, an old friend of the Prime Minister, Anuradha desires to rule over the country. The web series Tandav explores how politicians go to any lengths to grasp the power which they desire for. The web series was full of violence, greed, ambition, and love.

Though the first season explores the dark side of Indian politics, viewers are excited to watch what will happen in the next season, Tandav 2.