This season is so good so far. There are maybe two seasons of American Horror story that ended well in 1984. This was a jam-packed double-season 11 premiere.Every episode of this season will have two episodes. In this episode, you will feel like a slight supernatural element kind of looming over us like what is up with Big Daddy? He kind of just comes and goes as he wants. It feels very ghostly, it feels very haunted.

He is just like a metaphor for AIDS itself. In this episode actually the acting overall is very strong.

Quick Recap on characters and their stories: The episode begins and we are in 1981, we jump off this episode with a quick murder there’s like a little DL pilot who gets killed by Big Daddy this big leather-bound man with a mask who’s very imposing. We learned that his name is Big Daddy. Later on, he might be the new like rubber man.

Now we go to an investigation from Russell Toby’s character Named Patric, he is a closeted police officer who is married to a reporter named Geno who is played by Joe manilla. opening up with like a decapitated head it was a really shocking moment and just kept going on there was a bit of a dry drama spot in each episode.

I kind of say that’s the Billy Lord section of it where we also see her character quickly in the first episode where she’s a researcher. She’s on Fire Island saying yo what’s up with these deers we have to kill them all like some diseases are going on.

She is a researcher out about a disease affecting the gay community in 1981, Do you know where this is heading it’s fairly obvious which hey Ryan Murphy’s talked about the AIDS epidemic, and the AIDS crisis quite often in his career so seeing it in AHS could be very refreshing. So in this intro, we’re already meeting Gino and Patrick and we meet Adam and solely. Adam is roommates Adam is played by Charlie Carver. 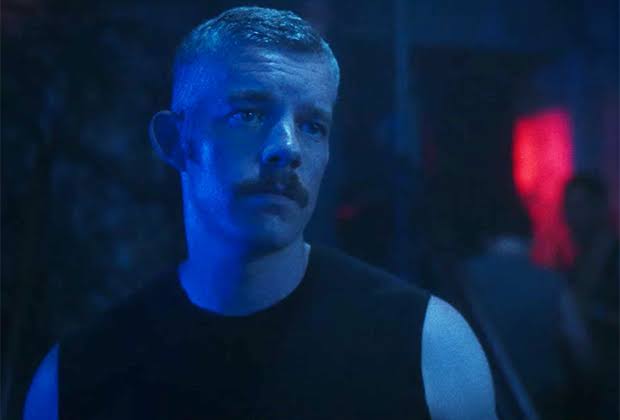 In this episode 1, we also get a really weird moment with Russell Toby in this box of the hanky stuff and we later see Leslie Grossman’s character. There’s something creepy with this box but Gino kind of ignores it, it is Russell Toby the serial killer it’s pretty, and he big daddy like it seems kind of obvious very as if they are really foreshadowing.

NYC Season 11 Episode 2 Recap: begins very much like Dahmer season 11 one we are seeing a straight-up torture scene Joe manillo is his Gino character is getting tortured by our Mysterious creepy dude who we also see later on in like the doctor’s office getting information that he might have what we are presuming to be AIDS in this series.

He is being tortured by him then he realizes that Gina was a soldier and says thank you for your service get up on your way .