Best Movies Coming on Prime Video November 2022-: Amazon will welcome some best movies in November. Amazon every month and year releases many movies for viewers and it is one of the most famous platforms not only for movies but for series also. For movie lovers around the world, the month of November will go to be very much exciting. As the winter is coming close prime video has a handful of movies for their viewers. Great news for Harry Styles fans as he is coming up with a new movie next month. His new movie name is “My Policeman”. His fans are really eager to see him back with his outstanding acting skills. Except for Harry Styles, some other movie stars will also appear with their movies on Prime Video. In this context, we will discuss all those films that will come to Prime video next month. 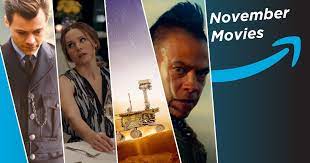 Here is the complete list of upcoming movies on Prime Video-: Amazon Prime is coming with some of our favorite superstars in November.