Hollywood is always busy. But every time something is definitely happening there. New movie releases, celeb feuds , patch ups , break ups , dating rumors and a lot of that. Nowadays most of the celebrities update their fans through social media mainly Instagram Twitter or Facebook. So there is no fake thing there as they share them themselves. 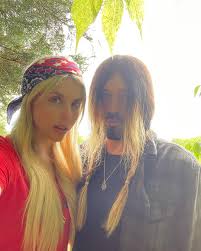 Recently famous American musician Billy Ray Cyrus has shared several selfies with his new girlfriend. As many of you know Billy is the father of Miley Cyrus, who is a famous musician as well. Her sister Noah Cyrus is also a musician. Billy was married to Tish Cyrus in 1993 and had kids together. But after decades of their relationship it finally came to an end in 2021. There were lots of speculation about their separation.

Hollywood is famously known for star’s breakups. Long lasting relationships are very few here. But in thus case that lasted for years. 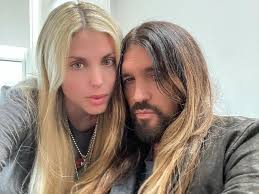 Though the ex couple tried to fill for divorce before it three times their marriage finally came to an end last year. After that fans started to wonder is Billy now?

The star almost put all the rumors to end after posting the pics of his with his girlfriend on Instagram. The Identity of the girl is known to be Firerose a singer. She is in her twenties and a lot younger than Billy. In the photos she is seen putting her hand over his chest and with a diamond ring in her finger. So the more questioning thing is that are they engaged? Both of them have confirmed nothing about the relationship. So there is no confirmation yet. But media as well as fans are suspecting that Billy is not single anymore. And has again found the love of his life. It is also noted that Firerose previously shared photos with Billy with a very controversial caption. So from that time there are rumors . 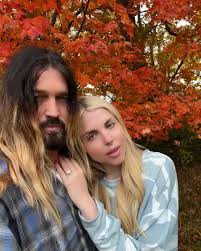 As of now nothing can be said with firm words. We have to wait if the couple share another update or not . Until that it’s all unclear.