Blink-182 is Back: The Rock Band Legacy Continues Blink – 182 is Back – The Rock Band Legacy Continues

The news of Blink-182’s comeback must have completely revitalised you if you loved music as much as it did in the 1990s and early 2000s.

Tom Delonge has finally joined Blink-182, and they’re making a dramatic comeback after spending the previous seven years broken up in parts. A new album, a global tour in 2023, and a brand-new single that will be released on Friday were all announced along with the news of Blink’s return. 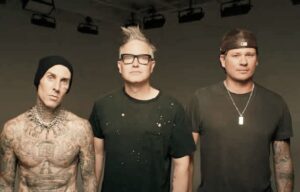 More information regarding their return and upcoming events may be found here. By posting a sneak peek of their newest song, “Edging,” the band made their Tik Tok debut.

Blink-182 have made it official that they are visiting New Zealand! At one in the morning on October 12th, it was revealed that the band will visit Canterbury’s Christchurch Arena and Auckland’s Spark Arena in February 2024. With special guests Rise Against, the band is embarking on its largest world tour to date, stopping in the UK, Europe, North America, Australia, Latin America, and of course, New Zealand.

Additionally, it is the first time the group has been in a studio together in ten years. Before Mark began his cancer treatment last year, the three founding members of Blink-182 got together, and Hoppus said the three were doing well. In February 2005, Blink-182 first took a “indefinite sabbatical,” partly due to breakdowns in communication between the band members. DeLonge also gave same reason for leaving the band, citing the toll touring had on his personal life.

A Classic American music band has gained rigourous momentum in the early 2000s. The music of Blink-182 is primarily categorized as pop punk, a subgenre that combines pop music influences with classic punk rock. A significant portion of the band’s work has favored quick tempos, catchy melodies, prominent electric guitar with distortion, and power chord changes. Their sound has evolved over the course of their 30-year career, but they continue to merge fast-paced
punk rock with appealing pop melodies in their music.
Relationships, adolescent angst, and maturity—or lack thereof—are prominent themes in their lyrics. The band came out of the Southern California skate-punk suburbs and became well-known for their exuberant live performances and caustic humor.

Compared to their predecessors, Blink-182 was thought to be more radio-friendly. The band was ideal for radio since it was so dynamic, catchy, rapid, youthful, and angsty. Radio stations played their appealing tracks that they had written.Though the rock band went through a major split in 2005, but returned with a Bang in 2009! “All the Small Things” by Blink-182 was chosen as the Colorado Avalanche’s 2022 Stanley Cup-winning team’s theme song in 2019.

The fact that many Spanish-speaking young people had grown up listening to this punk rock band inspired them to pursue their musical aspirations. Consequently, groups like Panda from Mexico, Infierno 18 from Argentina, or Don Tetto from Colombia entered the music industry as a result of looking in that mirror. The homecoming of Blink-182 is a reason to rock like it’s 1999 for these and many more reasons.