HomeUncategorizedHarry Potter Fame, Hagrid Aka Robbie Coltrane Passed Away At The Age...
Uncategorized

Harry Potter Fame, Hagrid Aka Robbie Coltrane Passed Away At The Age Of 72.

On Friday, Harry Potter star, Robbie Coltrane, commonly known as Hagrid for his famous character, died at the age of 72. The Cracker actor left the entire industry in shock.  A great loss for the Potter community.

The iconic character, Rubeus Hagrid aka Robbie Coltrane passed away!

Hagrid was one of the most memorable and famous characters played by Robbie Coltrane in all of the Harry Potter series. He played the role of a gatekeeper in the series which film lovers will remember until the last.

The Scottish-born actor whose real name is Antony Robert McMillian was highly appreciated for all his characters, be it Rubeus Hagrid, Rhun, or Danny McGlone. He dominated the silver screen with his fantastic acting skills and aura. He also appeared in ITV detective drama called ‘The Cracker’. 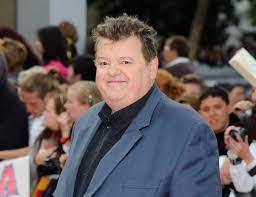 In a release his agent, Belinda Wright confirmed the news of this legendary actor’s death.

Robbie reminisced on his time as the legendary character during the recent Harry Potter 20th anniversary special and said he was happy to leave a legacy that would be cherished for a number of generations. He also said, “people will be watching the series in 50 years and unfortunately, I will not be there to see this but Hagrid will.” Although his agent did not give more details about his death Coltrane’s family thanked the staff of the Forth Valley Royal Hospital in Larbert for their care.

He may not be with us anymore but he will live on through his work and the entire Hollywood will remember him through his legendary career. Rip Robbie Coltrane aka half-giant, Rubeus Hagrid.