Queen Elizabeth health condition has worsened. And her health further deteriorate this time. The news comes on Thursday when the news about her health problems came out. Someone inside the palace confirms the news and informs that she is now under medical supervision.

The Queen is staying at the Balmoral counter as suggested by the doctor. She is under strict medical supervision and doctors are checking up on her all the time.

Prince Charles and the Duchess of Cornwall Camilla is staying with her recently in Balmoral. Reports are there that Prince William has left for Balmoral and soon he will be with his grandma.

This is a very concerning time for Buckingham palace. As everyone from the palace is concerned about Queen Elizabeth health. Queen Elizabeth last attended the event where she has appointed the new Prime Minister of the United Kingdom. 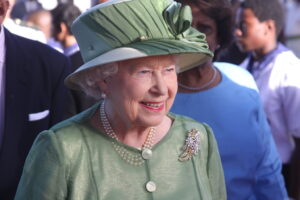 But unfortunately, she couldn’t attend the Privy Council on Wednesday. Because by the time her health condition worsens. And doctor advised her to take bed rest.

However, the newly appointed Prime Minister Lizz Truss shows concern about Queen Elizabeth health. In an interview with BBC in the very event, she informed the media house how the news is a concern for the entire United Kingdom. She also wishes her a speedy recovery.

Queen Elizabeth recently celebrated her Platinum Jubilee with the entire country. Almost everyone from the Royal family attended the event. Also, she met Prince Harry’s son for the first time.

Also Read: Prince Harry And Meghan Markle Walks Hand in Hand in an Event in Germany