End of an era! Queen Elizabeth II is no more. She takes her last breath in Balmoral today. She was the longest-serving monarch of Britain. And serving the country since 1952.

Queen Elizabeth was an extraordinary lady and Britain lost a great leader of all time. The Queen had an immense journey in her lifetime. And she witnessed almost all the major changes in the UK.

This Wednesday the new Prime Minister of the UK was crowned by her. And it was her last official event for the country. On that very day, she fell ill and had to cancel the Privy Council. She was taken under medical supervision immediately and the doctor suggested complete bed rest.

She was in Balmoral palace in Scotland, where she was accompanied by Prince Charles and Camilla. Later, knowing about her deteriorating health condition Prince William and Prince Harry joined her there. 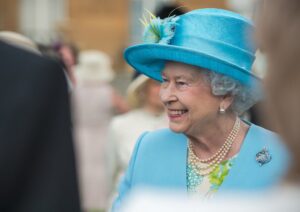 She took her last breath in presence of most of the senior Royals. Prince Harry announced the death of her mother. He expresses his extreme grief over the demise. Also added that one great sovereignty has passed away. And not only the country but the entire world is going to mourn the great personality.

Just a few days ago, Queen Elizabeth celebrated her Platinum Jubilee. It was a great event joined by the entire royal fraternity. Though she was not keeping while for a while but no one could think of this early demise of her.

However, the Queen served the UK for a decade now. And her journey is truly marvelous and full of dignity. Britain will always remember her contribution to British Society. Also the social changes she brought to the country and the world.