‘Ram Setu’ Box Office Collection Day 2 | 26 October 2022- Akshay Kumar and Jacqueline Fernandez’s there is a great chance of becoming a hit- ‘Ram Setu’ 2022 is an Indian traditional film. It is a Hindi language-based film from India. The movie was released on the 25th of October 2022. It is an action plus adventurous film it is directed and written by Abhishek Sharma. 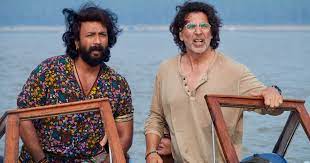 Although, only on the first day of the show 15+ corers is much better and today on Bhai Dooj casts and directors can expect more collection at the box office.