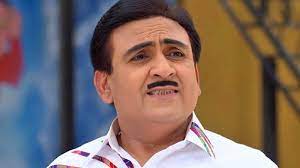 Not only this, this show is so popular that repeat telecast comes from this show. The show depicts the Gokuldham Society in which people of different religions live together with love and sharing.

Recently, there was news about Raj Anadkat playing the role of ‘Tappu’ that he is going to say goodbye to the show soon and now similar news is coming out about Dilip Joshi i.e. Jethalal and he himself talked about it. Was.

Dilip Joshi has revealed that, he keeps getting new offers for one or the other show, but he is dedicated to the show. He said, ‘I get offers from other shows.

But I feel if this show is doing well then why leave it unnecessarily for something else. It has been a beautiful journey and I am happy with it. People love us so much that why shouldn’t I waste it without any reason!’

Recently in an interview to Times of India, when Dilip Joshi was asked about leaving the show, he replied, “My show is a comedy show and it is fun to be a part of it.

Let us tell you, Disha Vakani, who plays Dayaben in Taarak Mehta Ka Ooltah Chashmah, has already said goodbye to the show.