Good news for Swifties ! The queen of the music industry is back with a brand new whole album ‘Midnights’. The pop princess previously hinted some sneak peaks to her new album and also mentioned it will be released on 21st October 2022.

Fans have been waiting for a long time to experience the beauty of Taylor’s music world which is spectacular every time. Once you become a Swiftie there is no way out. It’s her tremendous impact that keeps people fall in her spell. Ok now here are some critical analysis over these newly released album and what we can expect from this. 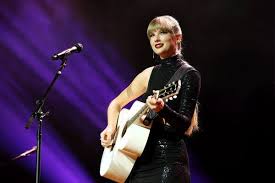 Here is the track list for the brand new album by miss swift.

The names sounds beautiful and so are the melodies. This is Taylor’s 10th studio album which resonates the vibes of her feelings that she experienced in her sleepless nights. A lot of emotions has taken placed there and for expressing those she is famous for. The hope to see the daylight as the midnight will pass by and some dark pop confessions through the colorful lyrics has helped it a lot to become a typical Taylor album. Taylor likes to experiment her genres from one album to another. The last released albums were a bit country music related Folklore and Evermore respectively. But it is different from them . It could be categorized with 2019 album Lover. The producer of this album us Jack Antonoff with whom Taylor has worked previously a lot of times. Coming to the tracks Lavender Haze is the first track of Midnights. The song Maroon has thus line ‘ I wake up with your memory over me/ That’s the real fucking legacy ‘ which indicates her heart break and how she struggles to deal with it.Anti hero name suggest its composition. For the first time Taylor and Lana has collaborated successfully.

The next two tracks prove Taylor’s versatility as a singer. Vigilante shit is quite different in taste as she is experimenting as well.

So finally it can be said that as we expect a lot from her we actually mean it . Though it is a lyrical winner but next time we would love a see a different genre from her. But otherwise sure the fans are dying to listen to the songs as early as possible.