Thank god movie review: Audiance say that it is an impressive movie from Sidharth Malhotra and Ajay Devgan The film’s story is about a self-centered and egotistical real estate broker in huge debt. One day he met with an accident, and when he regains consciousness, he realizes that he is in heaven. The accountant of human life, Chitragupta appears in front of him. He informs the real estate broker that he will have to play a game of life. If the real agent broker wins he will be sent back to earth and if he fails to win he will be sent to hell.

Despite the strong casting, the rating of the movie is very low. Even though, the movie gets positive reviews from the viewers on Twitter. Fans say that it is an impressive movie from Sidharth Malhotra. Fans enjoyed Sidharth’s performance in this film, which is his first film by himself in the genre of comedy. The costumes of the Chitragupta are not in the traditional way wear stylish suits and are well-dressed. In the first half, the movie moves slowly, but in the second half, it manages to impress the viewers. Even though, Nora Fetehi appears in the two scenes she did her part well. 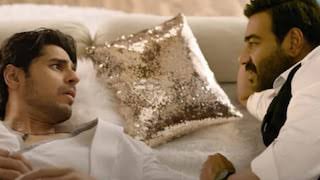 Everyone wants to know about the afterlife and everyone loves fantasy and comedy movies. This movie focused on the theme of the over-materialistic nature of human beings, who forgets the real nature of human beings. Despite the flaws in the story, this movie is a good one to watch and will be a good family entertainer.