The Winchesters: Episodes Release Date , Time, cast, Story and where to watch The Winchesters: Episodes Release Date , Time, cast, Story and where to watch

The television series ‘The Winchesters‘ is an American dark fantasy drama. Robbie Thompson is the one who developed this story. The Winchesters is a prequel to the series Supernatural. The first episode of the series aired on October 11, 2022, on The CW. We can watch this series on The CW platform. 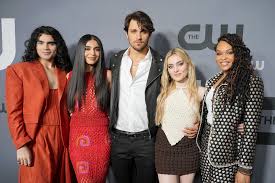 Supernatural is the longest-running American live-action series. On November 19, 2020, this series became to an end.

‘The Winchester’ ranked as The CW’s most-watched series Debut. As a parent, John and Mary played a big part in Sam and Dean’s lives in Supernatural. They were not getting more screen time in Supernatural. But in ‘The Winchester’ the story revolves around them. There are many twists and turns in the series just as in the series Supernatural. John’s father is a member of the secret organization called Man of letters. Mary was raised as a hunter and grew up with two hunting partners. The main storyline of this series is about how John and Mary fight against demons to save the world and save their love.

After a long time, Viewers are excited to watch the prequel of their favorite series.

Also Read:  Call of Duty: Modern Warfare 2 WILL BE RELEASED