Nothing is more horrifying than watching human flesh be mutilated and damaged .Here we are counting down our pics for the Top 10 Body Horror movies .For this list we focussed on horror movies that offer scares and chills derived from the explicit damage and deterioration of the human body. Tetsuo -the iron man ,Years before Tony stark grace cinema screens there was Tetsuo the iron man the singular 1989 cyberpunk brainchild of director shinier tsukimoto .This film follows a man who kills a metal fetishist with his car and in turn finds himself being progressively into a man – metal hybrid the deeply off- putting collision of man and machine is really what makes Tetsuo stand out from any other entry into the bunny horror genre . The film that put horror wunderkind Justin Benson and Aaron moo ahead on the map Spring is a rarest of body horror films that also doubles as compelling romance first and foremost think more the first half of the fly rather than the second half .Spring follows Evan a young man who travels to Italy and immediately falls for a girl he meets there called louise .The twist well louise just so happens to be a 2000 year old mutant who intentionally gets herself pregnant every 30 year in order to replenish herself and effectively continue to be immortal through the process also causes her to mutate into other grotesque creatures in the interim. Alex Garland’s superb sci-fi horror film Annihilation 2018 once again gave body horror a dramatic reinvention given that most of its reshapings of the human body aren’t actually repulsive explosions of gore but often rather oddly beautiful .The movie is centred around a group of scientists who enter a mysterious area called the shimmer a zone created by the arrival of a meteor several years prior as it turns out the shimmer exerts a profound effect on any living thing which enters it fundamentally changing their DNA by mixing it with anything else in the vicinity.

Perhaps the film’s most terrifying scene a woman mauled to death by a mutant bear has her death rattle incorporated into the bear’s growl it’s so horrifying. The film takes place in a dystopian future Japan where a virus mutates humans into creatures called engineers which sprout weapons from their wounds, which the movie lacks in coherence in more than compensates for with its sheer goal for broken insanity . Characters that are like 70% made of penises .Some of the more memorable mutations include a woman with swords for limbs another who resembles a skin crawling woman’s snail hybrid .Finally a woman whose legs have been replaced with an alligator’s gapping snappy maw. Despite the movie’s evidently modest budget the creature effects are generally impressive nuanced . Videodrome (1989) follows max wren the president of a small tv station who discover the titular broadcast signal displaying a continuous feed of violence and torture which ultimately causes viewers to witness increasingly disturbing hallucinations .In Max’s case these visions generally involve his own mutilation such as developing a large portable VCR wound on his stomach within which a betamax tape can be inserted while one of his hands turns into a flesh gun . 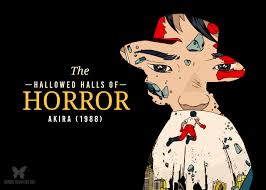 Akira (1989) isn’t really a straight horror movie but in between it’s blend of cyberpunk and post- apocalyptic fiction .It also functions as the rarest form of animated body horror .This is realized through the character of tetsuo shima who develops telekinetic abilities following ba motorcycle accident which at the film’s end result in him mutating into a gigantic fleshy blob intent on consuming all matter in the vicinity .Akira’s body horror feels incredibly distinct in the genre when you consider that every single frame of the film was hand drawn and how gorgeous it looks in its recent 4K restoration. David Cronenberg’s the fly may have arrived several years after the thing but it’s astoundingly grotesque practical effects nevertheless stunned in no less disarming fashion furthermore .

The Fly (1986) is one of the few body horror films to ever receive major awards recognition for its effects work with artists Chris Wallace and Stefan Dupuis ultimately winning the best makeup Oscars for their sublime efforts. Body horror is often used for gnarly gross out frills It’s rare to see revolting bodily transformation put to such affecting ends. 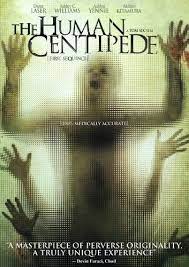 Even for the standards of body horror Tom6’s The human Centipede (2009) is truly nauseating stuff despite actually being considerably less explicit than you might expect .The film revolves around a deranged surgeon who kidnaps three individuals in an attempt to perform an experimental surgery which will create a human Centipede connecting the trio ass to mouth such so that they share one elongated digestive tract . 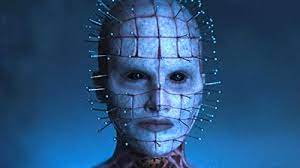 Hellraiser (2022) is one of the most fiercely original entries into the genre that you’re likely to see given how the film’s depiction of bodily destruction is firmly rooted in cedar masochism albeit an ultra extreme version of it.The bulk of the movie revolves around the attempts of Frank cotton to restore himself to a flesh and blood existence after being ripped apart at the start of the movie by the extra set of masochists known as the cenobites through the sexual aspects of Clive Barker’s source material is rather toned down for the film .The fusion of sexuality and extreme gore still proves shocking. 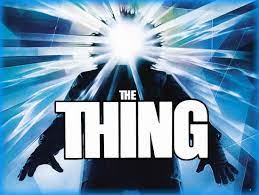 It couldn’t be a body horror list without John carpenter’s .The movie has endured as perhaps the gold standard for body horror for almost four decades and for one reason above all else .It’s ground breaking practical creature effects ,nothing speaks to ‘The Things’ tectonic impact though more  than the fact that it was largely rubbished by reviewers at the time of its release who criticized the goal and mutation effects as being excessively nauseating and even distracting from the story.