Top 5 Best Documentary Movies upcoming to Netflix November 2022– Out of the several Hollywood series  that Netflix is releasing, we are highlighting the top 5 documentaries that will be available on the streaming service in the first and second weeks of November on Netflix.

Netflix rarely disappoints, and recently it has started offering tantalising TV programmes and documentaries. The incredibly captivating and binge-worthy Killer Sally is one of its most recent offerings.The movie Killer Sally, which is about the former American bodybuilder Sally McNeil, had its Netflix premiere on November 2, 2022, a Wednesday. After being convicted of killing her bodybuilder husband, Ray McNeil, she was doing time in prison for the second-degree murder.The difficult marriage of bodybuilder Ray McNeil and his wife Sally McNeil is examined through a series of interviews with friends and family who discuss the couple’s highs and lows as well as their awful ending on Valentine’s Day.

“Orgasm Inc: The Story of OneTaste“, a different true crime book, relates the story of a questionable modern “business” and its questionable founders. A sexual health company’s reputation and support base are damaged when employees make disturbing accusations. The story revolves around a company in California called “OneTaste” that calls itself a “sexual wellness company” and places a strong emphasis on teaching a type of meditation termed “orgasmic meditation,” which employs sexual stimulation as a form of meditation. In addition to the absurd accusations, the FBI is investigating into much more serious claims that the company is a cult based on a pyramid scheme. 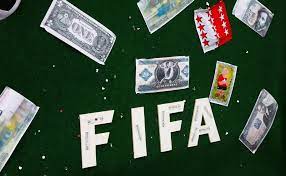 A trailer for the upcoming fall documentary series “FIFA Uncovered”, which will centre on the forthcoming FIFA World Cup in Qatar, has been released on Netflix. The fact that they’re finally being honest about this makes me delighted because it’s the whole truth, and it’s rather appalling how horrible, predatory, and dishonest this organisation is. However, everyone also takes pleasure in and becomes fixated on watching the World Cup and soccer/football. But at least we have the opportunity to see for ourselves how terrible they really are and hear from those who are actually there about the corruption. This FIFA documentary on Netflix examines the turbulent history of the organisation and what it takes to stage a world cup, including power conflicts and global politics. 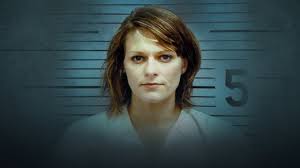 State of Alabama vs. Brittany Smith, directed by Ryan White, will have its premiere on November 10, 2022. The genuinely terrifying documentary relates the tale of a lady who reportedly murdered a guy while attempting to use Alabama’s “Stand Your Ground Law” to defend herself from a man who was allegedly physically abusing her. A film that addresses the large number of women who are imprisoned for killing their rapists or abusers and centres on the experience of one woman who is on trial for murder. State of Alabama v. Brittany Smith is a multifaceted examination into problems with our criminal justice system, gender issues, the American South, and domestic and sexual abuse.

In the movie, ICU nurse Charles Cullen, who almost got away with killing his victims, is exposed for the icy, cruel realities he has been hiding. The daring nurse teams up with two small-town detectives to go undercover and aid in the apprehension of Charles Cullen, a fellow nurse and friend who is now believed to be one of America’s most prolific serial killers, after suspicious lab results link multiple killings at a neighbouring hospital. The trio’s tenacious pursuit of Cullen, who was permitted to commit murder inside the facility for more than ten years, offers a thorough analysis of the American healthcare system. A tragic tale of friendship, murder, and treachery is presented.