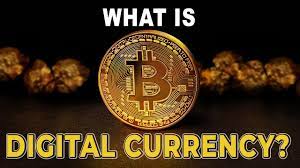 However, in today’s time, a lot of Ewallet is used in India. If we do shopping from anywhere, or buy any thing, and we do not have money in cash, then we make online payment from our e-wallet. Apart from this, India has also made many changes in the field of banking, out of which internet banking is also a good step. With all Reserve Bank of India Together with the Government of India decided to bring digital currency. So let’s know, what is Digital Currency.

What is Digital Currency?

The full name of digital currency is “Central Bank Digital Currency”, it is also known as E-Currency. We cannot touch the digital currency, you can only see it in your laptop, smartphone and computer etc. Apart from this, you can also transfer it online. Whereas if we talk about paper currency, then we have to deposit it in the bank. But digital currency is completely different, it is controlled through the internet.

Cryptocurrency or digital currency has also been recognized by the Central Bank of the Government of India. Digital currency in India is also known as “Digital Rupee”. If we understand in simple language what is digital currency, then it simply means, using money electronically. With this, you do not have to go to the banks in long queues, just after opening your bank account, you can use your money digitally.

What is the difference between a digital currency and a cryptocurrency?

In which countries does the digital currency operate?

Advantages and Features of Digital Currency

How to use Digital Currency?

which uniforms the Rams are wearing against the Cardinals

Column: It’s about time that we had a new conversation