HomeLatest NewsWhich is the smallest country in Asia?
Latest News

Which is the smallest country in Asia? 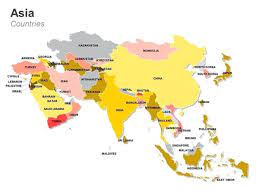 Asia is also known as Jambudweep, but do you know that Which is the smallest country in Asia? If not then today we will share all the important information about this with you. You must have heard the name of Asia in Ramayana also. In which Luv-Kush speaks a line, which is as follows “Jambudweep Bharat Khande Aryavarte Bharat Varse is a city famous Ayodhya named” in which Asia has been called “Jambudweep”. Now in such a situation, it is very important for us to know which is Jambudweep or the smallest country in Asia.

Because Asia is the largest continent in the world. It covers 30% of the world’s area. Asia meets Europe in the west. There is no boundary between these two continents, hence they are sometimes known as Eurasia. The continent of Asia is surrounded by the Arctic Ocean, the Pacific Ocean, the Dark Sea, the Mediterranean Sea, and the Indian Ocean. Many ancient human civilizations also originated in Asia, including Indian civilization, Chinese civilization, and Sumer civilization. So let us now know, which is the smallest country in Asia?

Which is the smallest country in Asia?

The smallest country in Asia is “Maldives”. It is officially a republic, which is an island country located in the Indian Ocean. The spread of the country of Maldives is in the north-south direction of the island of Lakshadweep in India. Apart from this, this island is located in the Lakshadweep Sea at a distance of about 700 km from the south-west direction of Sri Lanka. There are 1,192 islands in this entire country, out of which only 200 islands have life, all the rest are uninhabited. The capital of the country of Maldives is Male, which is the largest city in the country. According to the 2006 census, Male had a population of 103,693.

The city is located on the southern edge of the North Male Atoll in the Kafue Atoll. The city of Male is also an administrative division of the Maldives. Traditionally the city of Male was a king’s island, from where the Maldivian kings ruled, at that time the city of Male also housed the king’s palace. Let us tell you that Maldives is the smallest country in Asia both in terms of area and population. It is situated at ground level just 1.5 meters (4 ft 11 in) above sea level.

According to the cultural and traditional customs of the Maldives, it is believed that the settlers here were Dravidians, who came to the Maldives from Kerala during the Sangam period (BCE 300-300 CE). According to history, it is believed that these people were probably fishermen of the southwest coast, this coast is the south of the present-day Indian subcontinent and the west coast of Sri Lanka. The first community to settle in Maldives is believed to be the Giravaru people, whose description is found in ancient stories.

Giravaru is a community of Tamil people, it is the descendant of Tamil. Maldives is a Muslim country, but in ancient times Maldives used to be a Hindu country. It was ruled by Hindus till the 12th century, but after some time Buddhism came to Maldives and it became the center of Buddhism. But after a few years slowly Maldives turned into a Muslim country. At this time no non-Muslim person can grant citizenship here.

Also Read – Which is the poorest district in Bihar?